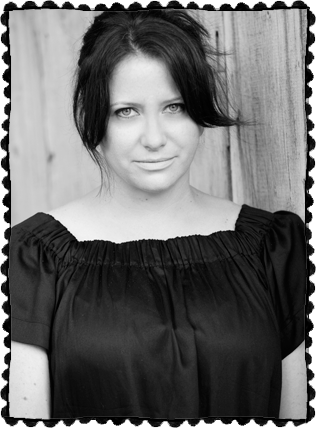 Tonya Hurley is the New York Times best-selling author of the highly acclaimed “ghostgirl“ book series; creator, writer and producer of animated and live action hit television series; writer and director of independent films; writer and director of commercials for Playstation, Gameboy and Warner Home Video; and creator of groundbreaking videogames. Her new young adult trilogy, THE BLESSED, will be released by Simon and Schuster in Fall 2012.

Hurley has written and directed several acclaimed independent films, which have been selected for film festivals around the world including the LA Independent, TriBeca and Edinburgh and have also been broadcast on ABC, PBS and IFC.

Hurley was nominated for the prestigious Rockefeller Foundation Award in Film and made the semi-finals of the Sundance Institute’s Writer’s Lab with her feature film script. She studied writing, music and filmmaking at The University of Pittsburgh, screenwriting at New York University, and stop motion animation at The School of Visual Arts in New York City. Currently her film “Baptism of Solitude: A Tribute to Paul Bowles” is being distributed through the United Nations.

Her first book “ghostgirl” was released in 2008 and instantly hit the New York Times bestseller list.  The sequel “ghostgirl: Homecoming” was released in 2009.  Both have become international bestsellers available in over 22 languages around the world. The audiobooks for both are narrated by Parker Posey with original music by Vince Clarke and are available for digital download ataudible.com. The third book in the “ghostgirl” trilogy — “ghostgirl Lovesick” was in July 2010. The book trailer premiered on Entertainment Weekly’s website. http://shelf-life.ew.com/2010/06/29/ghostgirl-lovesick-trailer-tonya-hurley/
It features a song written by Hurley for the book. It is performed by Polly Scattergood and Vince Clarke and is available on iTunes.